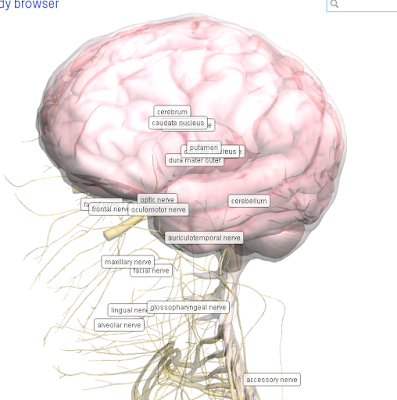 Jeff Hawkins of Numenta and previously the creator of Palm Inc has shifted his focus from mobile computing to developing a sophisticated AI system. He has always been passionate about artificial intelligence. Jeff knew early on that the trends in AI research weren't very promising. He had concentrated his AI interest in human biology and neuroscience. Numenta has patented HTM (Hierarchical Temporal Memory) technology. According to Jeff Hawkins, you cannot mimic brain functions without including a hierarchical system of memory. The lower level has more input/output nodes than the level above it. According to Jeff, you must also take into account "temporal" memory. For example, the human brain has many parts of the brain that handle visual information. The brain may be able to detect a particular object but also factor in the time that the visual event occurred. If you are at the zoo, your brain predicts that you will see animals and animals in cages at the zoo. It is rare that you see a plane take off or land in the middle of your zoo visit. You would have had previous memories or seen pictures of the zoo in the past and parts of your brain activate other things associated the zoo. The context in time is a visit to the zoo. The memory of a zoo visit is probably in a different area of the brain than a trip to an airport. In the case of an airport, you expect to see planes landing and taking off. -- Repost from my previous blog entry.

Jeff's vision of HTM is implemented though Numenta's Nupic. Nupic is a HTM Python library and software suite that includes simple speech recognition demos, computer vision demos(picture object recognition), and other Nupic examples. Normally, you would have to pay hundreds for pattern recognition software of this quality. But all of these examples are functional and demonstrate the power of the HTM Nupic approach.

The Bitworm example provided with Nupic is a Hello World Example. But it is probably the most complex and thorough Hello World I have seen. It covers the basics but it also usable as a library or simple Nupic API. In the case of the Bitworm example, the goal is to track the movement of a bitworm through it's movement in 2D space and time. Think of the bitworm example in three dimensions. Dimension 1 is on the Y axis and is the height. In this case, the height is one. Dimension 2 is on the X axis. The X axis contains the length of the bitworm and movement along the X axis. And the third dimension is time. There are 20 time sequences trained for the bitworm examples. (OK, in reality you could think of the example in 2 dimensional space. The X and T axis are relevant). 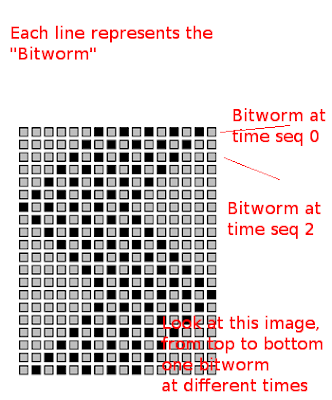 I wrote a python example TK graphic program to render the bitworm's movement. The TK example is not provided with Nupic. The string of bits are created by the bitworm example, here is a representation of the training data set:

There are 420 lines of these bitworm bit vectors in the text file. Each line in the training set and the test set are representation bitworms. 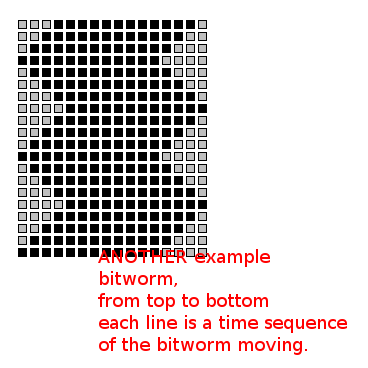 Think of training as training the Nupic AI software and test data as the way to check that the training worked.

If you look at the file training_data.txt:

One bitworm is 16 bits:Here is a formula to determine why there are 420 lines in the training and test file:
Example snippets from the Python Bitworm Example:

Train and verify the bitworm example:


Modifications to the Bitworm example and moving forward:

The bitworm example is a common type of example in the AI and pattern recognition world. You are given a bit sequence. Train the bit sequence and attempt to test the sequence against other sequences that have a similar structure. In the case of the bitworm example, a bit vector of 16 bits is trained. You could modify the example to train a 16x16=256 bit vector image.

As a java programmer, I'm trying to use this numenta system to find duplicate voters in the Voting List, for my elections integrity project.

I have the training data, I have a neural net and a genetic program that makes other neural nets. What I don't have is some simply numenta-style java code to identify trends as they stream past. There's so much data, but I have been able to successfully identify about 70% of duplicates (30% poor matches), and I want to do much better, like finding 90% of all duplicates while only mis-identifying 1 in 100.

Do you have some code that may help?

Yea, I don't know, I am still new to Numenta's Nupic.

You might try the forums. They average about 2-3 posts a day. You may post and get a reply the next day.

"I have a neural net and a genetic program"

Were you using Numenta to do this or some other library?

Also, what does your input data include? Duplicate votes, does that mean you are looking at voter information like name, city, location?

So when you say trends, you might use Numenta or some other Data mining software to cluster or classify a particular trend.